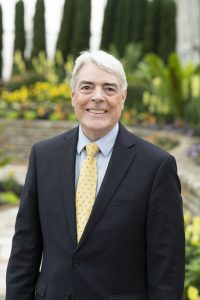 MAPLEWOOD, MN, October 30, 2020, Dan Charles O’Connell has been included in Marquis Who’s Who. As in all Marquis Who’s Who biographical volumes, individuals profiled are selected on the basis of current reference value. Factors such as position, noteworthy accomplishments, visibility, and prominence in a field are all taken into account during the selection process.

By combining decades of legal expertise with his empathetic nature and innate ability to help his clients through the most difficult moments in their lives, Mr. O’Connell excels as an attorney, mediator, and certified public accountant, with Tuft, Lach, Jerabek and O’Connell, PLLC. Since 1981, he has represented clients in a wide range of family law matters, including complex and simple divorces, stipulated and contested divorces, child custody and parenting time, grandparent visitation, spousal maintenance (alimony), child support, pre-martial and post-marital agreements (prenuptial and postnuptial agreements), and third-party custody and parenting time matters. As a licensed CPA, he also litigates complex financial and tax issues that arise in many family law matters including those that relate to spousal maintenance (alimony), as well as business valuations, intellectual property, and retirement matters. Prior to becoming a shareholder at Tuft, Lach, Jerabek & O’Connell, PLLC in 2015, Mr. O’Connell gained valuable expertise in law as an attorney with Collins, Buckley, Sauntry, & Haugh, PLLP, and the eponymous O’Connell and O’Connell, PA.

Mr. O’Connell is a graduate of Cretin High School in St. Paul. He went on to earn a Bachelor of Arts in Accounting from the University of Saint Thomas, became a licensed CPA in 1979, and earned a Doctor of Jurisprudence from Mitchell Hamline School of Law in 1981. Upon graduating law school, he was admitted to practice through the Minnesota Supreme Court, the U.S. Tax Court, the U.S. District for the District of Minnesota, and the U.S. Court of Appeals for the Eighth Circuit. Eminently qualified in his field, Mr. O’Connell is board certified as a family law trial advocate by the National Board of Trial Advocacy.

In order to remain aware of changes in the field, Mr. O’Connell aligns himself with the American Academy of Matrimonial Lawyers, where he has been selected as a Fellow, the Minnesota Society and American Institute of Certified Public Accountants, the Minnesota Collaborative Law Institute, the Minnesota Association of Justice, the Minnesota and Ramsey County Bar Associations, and the Association of Family and Conciliation Courts. Due to his considerable expertise, he was also appointed by the courts to act as a neutral evaluator in dozens of cases involving financial and custody issues. Over the years, Mr. O’Connell has also contributed to his community through the Maplewood Athletic Association, the Maplewood Parks and Recreation Department, and Saint Pascal Baylon’s School.

An expert in his field, Mr. O’Connell has been the recipient of numerous accolades, earning the Minneapolis Area 2021, 2018, and 2016 Family Law Mediation Lawyer of the Year and the 2015 Family Law Lawyer of the Year recognition through Best Lawyers in America. An AV-Rated attorney through Martindale-Hubbell, he also received the Distinguished Humanitarian Service Award through the Ramsey County Bar Association in 2006 and has been named one of the Top 100 Lawyers in Minnesota since 2012. He was elected the President of the Ramsey County Bar Association in 2001 and President of the AAML’s Minnesota Chapter in 2011. Looking several years into the future, Mr. O’Connell intends to reduce his litigation and continue pursuing his work in alternative dispute resolution so that he can spend more time in Arizona and with his family.

About Marquis Who’s Who®:

Since 1899, when A. N. Marquis printed the First Edition of Who’s Who in America®, Marquis Who’s Who® has chronicled the lives of the most accomplished individuals and innovators from every significant field of endeavor, including politics, business, medicine, law, education, art, religion and entertainment. Today, Who’s Who in America® remains an essential biographical source for thousands of researchers, journalists, librarians and executive search firms around the world. Marquis® publications may be visited at the official Marquis Who’s Who® website at www.marquiswhoswho.com.